As legalization reaches the red states, the conflict between federal gun and marijuana laws becomes an issue 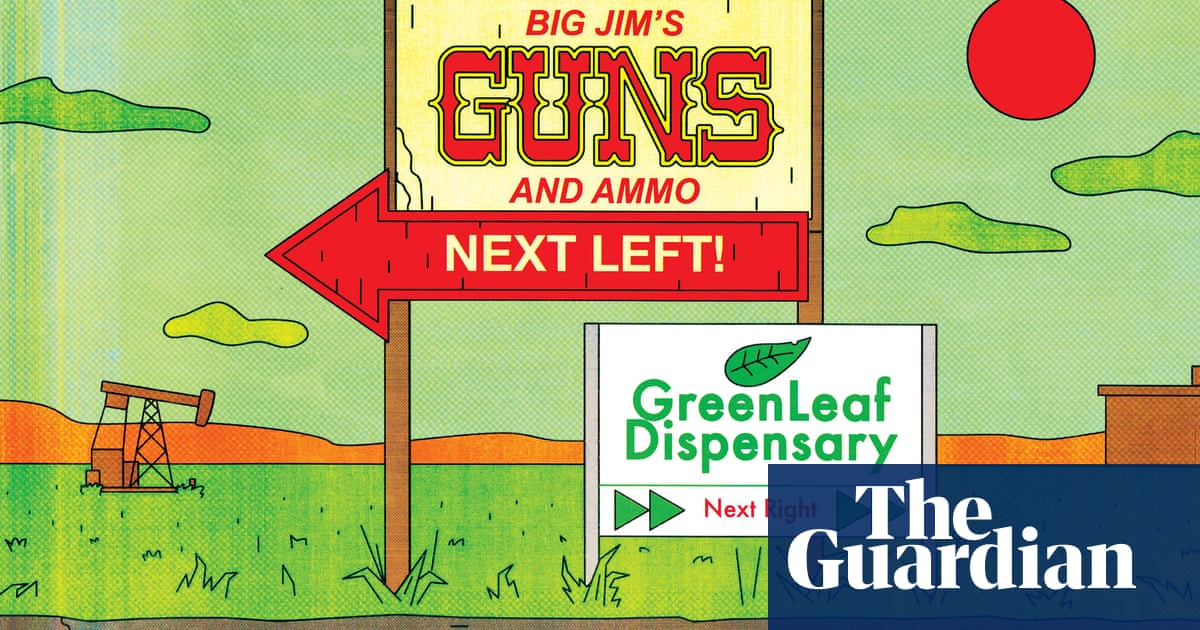 In November 2018, a Pennsylvania doctor who both used and prescribed medical marijuana sued the US government. He had attempted to buy a revolver for self-defense, but he had been denied at the store because he uses a federally illegal drug. Dr Matthew Roman claimed his inability to buy a gun violated his rights under the US constitutions second amendment and the fifth amendments equal protection clause.

Roman subsequently lost his medical license because of his problematic cannabis use. His lawsuit was dismissed, but not before a government lawyer weighed in: The second amendment does not protect those who choose to illegally take mind-altering drugs, and who commit to continuing to do so.

In fact, its not so clearcut. At least one state has made it legal for medical marijuana users to own guns. But the move sidesteps the bigger question: is allowing the combination of high-powered pot and gun use a good idea? Legalization has reached the conservative heartland. Oklahoma, as pro-gun a state as there is, has a fast-growing medical marijuana industry, and this spring the governor signed a law to protect the right of medical marijuana-using Oklahomans to buy and own guns.

In Texas, which has been slower to change its marijuana laws, the issue is on the horizon. The Dallas Morning News recently quoted a veteran who acquires his medical marijuana illegally, so he can continue to buy guns. Why am I going to give up one of my rights because I found an organic plant that some are uncomfortable with? Joshua Raines said. Im not going to do that. Im not going to trade my rights like baseball cards.

Thanks to the hippies, marijuana is sometimes perceived as a liberals drug. Merle Haggards 1969 culture war anthem Okie from Muskogee released weeks after Woodstock begins, We dont smoke marijuana in Muskogee.

Weapons of war had not yet became totems of American rightwing identity. But its fair to assume even then there were a fair number of illegal pot patches in deep red Oklahoma. Theres still significant support for marijuana legalization on the libertarian right, which is a force in Colorado, Washington, Oregon and other early states to legalize marijuana. At times Haggard himself was a prodigious toker.

Oklahomas law is one way to paper over the conflict between federal gun and marijuana laws. Medical weed legalization might even be seen as a blow to the stigma which still surrounds marijuana: the state says law-abiding adults can be trusted with both firearms and pot.

Cannabis Drugs Oklahoma Pennsylvania Society Texas US news
adminSmoking gun: should you be able to use a firearm while stoned?09.06.2019

‘The tribe has taken over’: the Native Americans running Las Vegas’ only cannabis lounge

Neil Young faces US citizenship delay over marijuana use

‘I’mnot convinced we will have fair elections in America’: Stacey Abrams’ fight against voter suppression